De-Escalation of Covid19 Measures in Spain 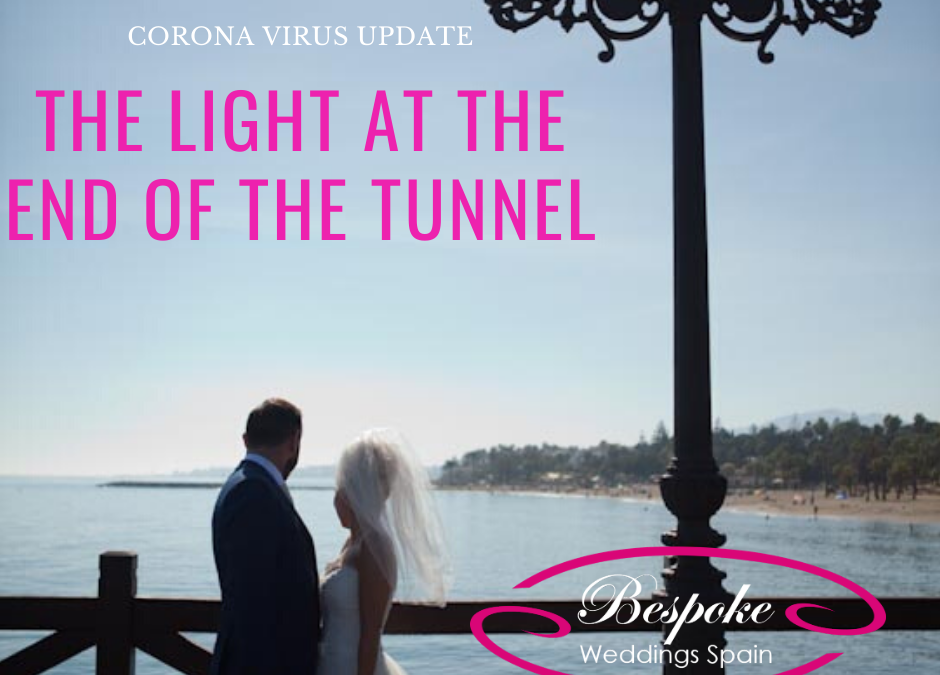 After what has been a devastating start to the 2020 season here on the Costa del Sol, with so much uncertainty and Weddings being cancelled and postponed almost daily, we welcomed some positive news from the Spanish President last night.

State of alarm here in Spain started on 14th March, and is due to finish on Saturday 9th May. We have endured the strictest lockdown in Europe, with the children only finally being let out for exercise from Sunday 26th April after 6 weeks of being indoors. We are still awaiting persmission for adults to exercise outside.

Unlike most countries around the World, Spain have not set dates for their de-escalation process, but have instead set it out in phases. The phases are hoped to last 2 weeks, but contagion levels will be evaluated at each stage before developing to the next and therefore each phase may be extended up to 6 weeks.

The initial phases are stated as:

Opening of small commercial premises, terraces open but with a maximum capacity of 33%. Tourist accommodations to begin opening but with many restrictions and no use of communal areas. Preferential times put in place for over 65s.

Solitary sports such as fishing and hunting will be allowed. Opening of indoor spaces of bars and restaurants but with restrictions in place and maximum occupancy of 33%. It is said that funerals and weddings with attendance of 50% capcity of space will be allowed from the end of this phase also.

Flexibility of freedom of movement. Commercial centres and shops to open with increased capacity to 50%. Restaurants and bars to also increase capacity.

Of course a lot of details are still to be finalised and it is believed that some regional governments will have different measures in place. Andalucia is suggesting timing restrictions for shops and restaurants to limit capacity. There’s also no confirmation yet of when International borders will open or  when public parks and beaches will be open. We suppose everything will be taken stage by stage and hope that each part of the process goes as well as possible.

As vague as the plan of action might be, at least we are finally seeing a light at the end of the tunnel, it’s a huge relief!